Firstly Happy Christmas to all of our friends and guests past and present, it’s been a great start to the season and the snow has been epic.

With snow right down to village level and to Mountain Spaces HQ we decided it was time to make the most of what’s on out doorstep, quite literally. With a deep enough base down over the hills in the village we made our way to the top on snow shoes checking out the snow depth and some lines on the way.

It has to be one of the perks of living here year round that makes it possible to walk out of your front door and take in some of the morzine off piste. It helps having seen whats under the snow in the summer time so you know you’re not walking or boarding over anything to severe plus it all looks pretty different with a couple of metres of snow on everything. 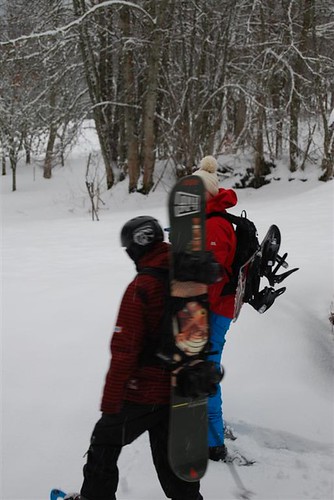 Just outside our front door, snow-shoed up and ready to roll. I’ve done the same off piste morzine route with a split board but personally I’d rather slog up with the snow shoes and have a ‘proper’ board for the descent. 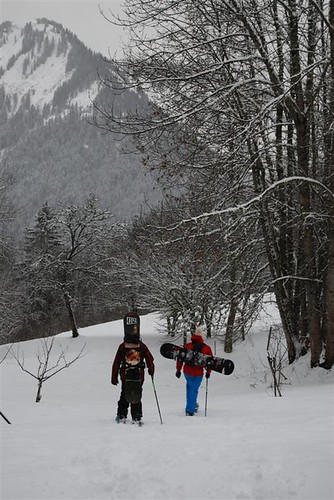 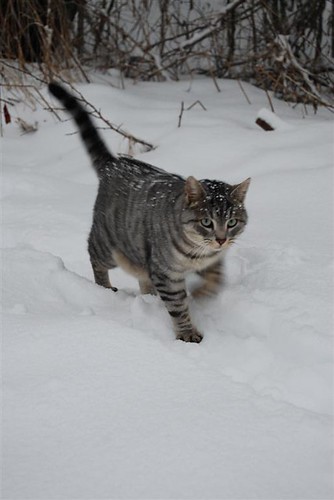 Not quite a husky but he still follows us up the hill! 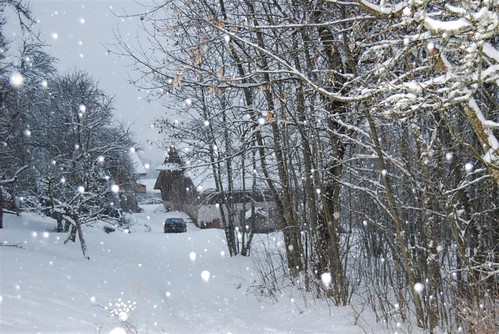 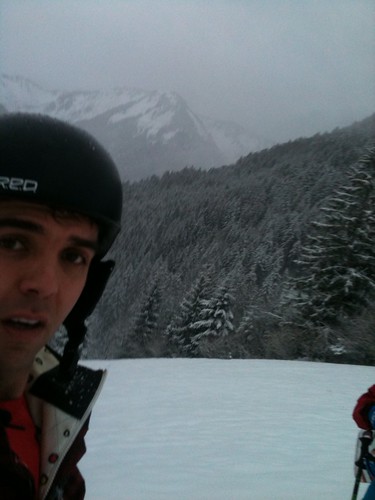 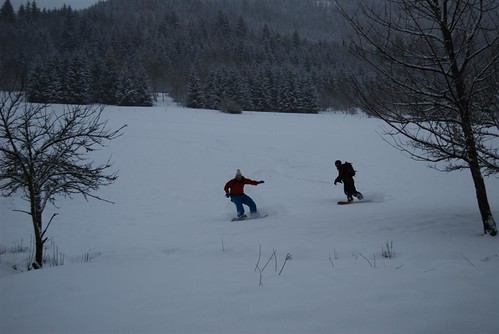 Picking out lines on the way down 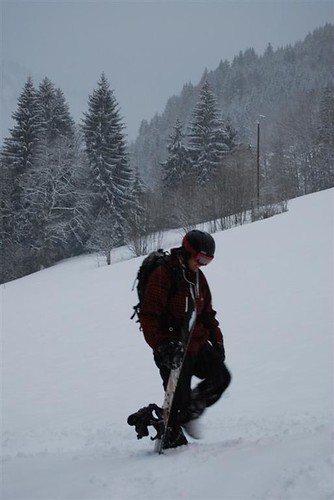 It doesn’t always have to be on the lifts and getting out away from the crowds can be amazing, only 1 run but well worth the effort.